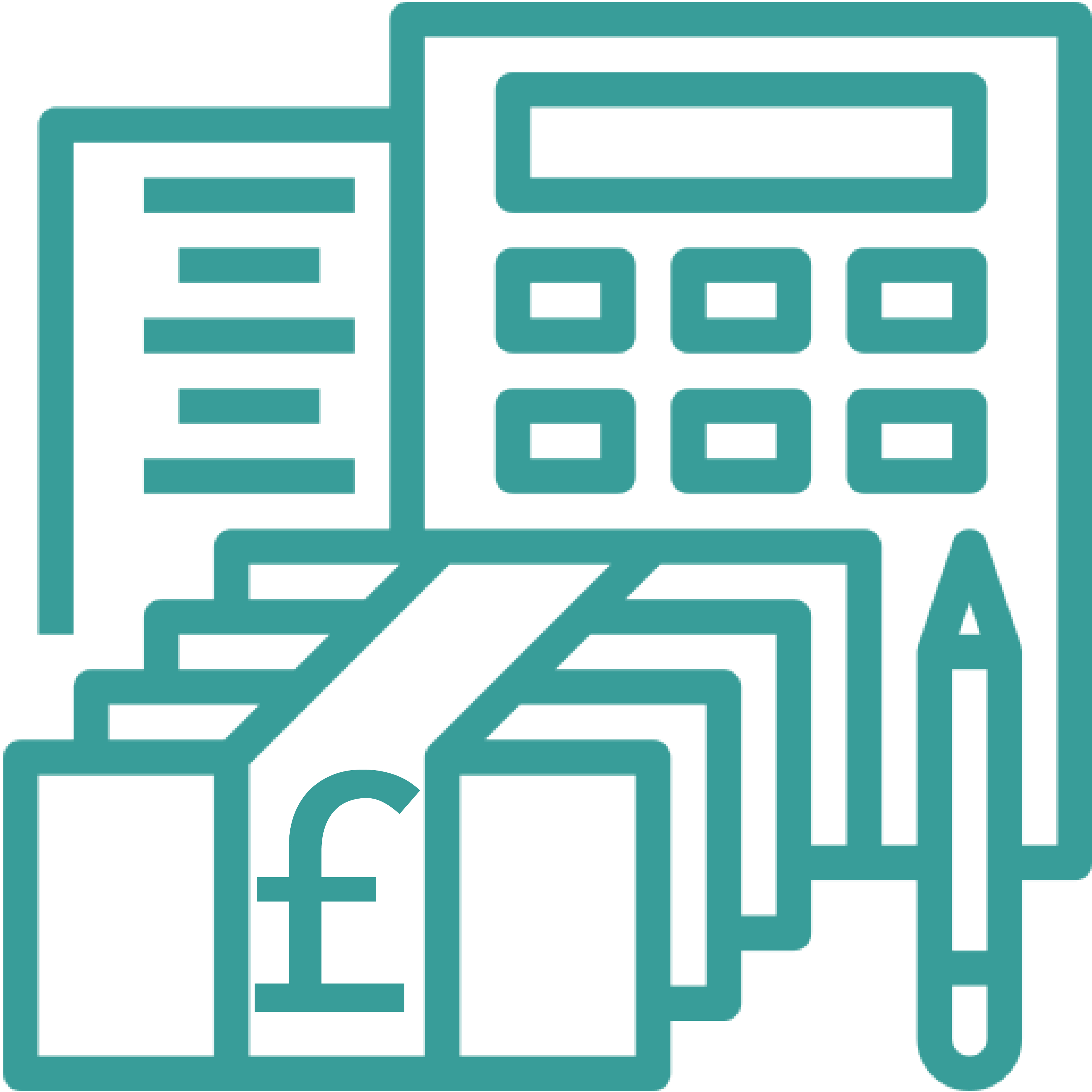 Time for a Change: Activity based Management

In fact, at a Round-table in Atlanta, organised to explore new frontiers in cost management, chief financial officers and key manufacturing executives zeroed in on four critical accounting methods we must change if we hope to be competitive in a global market.

In each of the four areas the traditional methods have often, too often, led to high costs and excessive inventories, batch sizes significantly greater than demand, long lead times and a host of non-value-adding activities, hampering our movement on a path to Business Excellence. Let’s look at each of these areas individually.

Performance measurements: The next millstone

Our methods of measuring performance, like our accounting systems, grew up earlier in the 1900’s. At that time, British manufacturing was generally that of mass production, with high direct labour content. Large amounts of direct labour data were being collected for use in the new accounting systems. Not surprisingly, manufacturing managers used this new, and perhaps only, too to measure factory performance. “During the next 40 to 50 years, operating management determined the need to measure performance on the factory floor” commented Dan Owens of Fisher Controls, one of the participants in the round table. “And since he only readily available data was that provided by cost accounting, that’s what formed the basis for today’s performance measurement system”.

The following measurements became quite prevalent, and, to a large degree still exist:

But look how these performance measures may impact on the way we run our business.

Direct labour often represents a small percentage of the total product cost, so too much attention on direct labour utilization can divert attention away from larger cost elements. Fore example, overheads should be managed more closely.

Focusing on direct labour or equipment utilization tends to result in excess inventory, too often at the expense of quality and customer service. We’re not consistently making what the customers want, when they want it. We’re making whatever keeps those utilization statistics up there! The same applies to an emphasis on performance to standard, which places a priority on output. In our zeal to make the scorecard look good, its tempting to work on only the easy ones, overlook a few defects to keep the output up to quota or produce more than needed.

All of these traditional performance measurements encourage building unnecessary inventory, the very thing we are trying to guard against.

Instead of using manufacturing as a competitive weapon, our people may be working on the wrong things, using material scheduled for other jobs in the rush to meet utilization numbers or standards. We may even be building inventory that has to be reworked later as a result of changes or market shifts. And the act of reworking itself, of course, creates its own potential quality problems. Excess inventory also increases handling costs and lead time to store and retrieve material.

Just as importantly, none of these performance measurements are geared toward the concept of continuous improvement, a constant review of the processes involved with an eye toward reducing non value-adding activities. And since standards often include built-in time for set-ups, scrap and rework, if we measure performance to standard, we may be patting people on the back for inefficiencies.

If we consistently work to standard, we are only as efficient (or inefficient) as we were yesterday.

With continuous improvement in mind, then, let’s look at a series of alternative Business Excellence measurements.

The measurements motivate everyone to focus on better serving the customer and increase profits rather than simply scoring better on an arbitrary scorecard.

One of our clients, a supplier of a large variety of spices and flavourings, sets annual goals for average changeover times, with each new goal requiring improvement from the current actual. This has resulted in a gradual reduction of changeover times from a high of 10-12 hours several years ago to 3-5 minutes, with a goal of 1-2 minutes! They can now quickly and economically produce small quantities of items as they are sold and quickly respond to unpredicted demands. Customer service is nearly 100%, while costs and inventory are lower.

In addition to traditional performance measurements the amount of detailed accounting information collected may be added to the list of non value-adding activities. For example:

A company we know utilizes four work centres with a total of 16 operations to produce their product. The total amount of direct labour is two hours.

Management of course wants maximum control over costs, which traditionally means detail in the form of standard-to-actual labour comparisons for every operation.

This level of detail dovetails nicely with process engineering’s push for more feedback to evaluate efficiency by operation.

With the latest in MES systems each operation could report actual time.

We can collect the data but its going to be costly. In another example, a company with 283 employees spent a total of 206 hours a day in data transactions enough to hire 26 additional people! And that’s not even counting the tremendous cost of creating the detailed standards in the first place, or the ongoing costs of maintaining those standards, analysing and reporting the variances and shop supervisors’ time trying to explain away those variances!

It’s not a question of whether we need standards or need to collect the information. It’s the level of detail. There is, however, a need to minimise costs. That’s cost management, the avoidance of cost. What we usually think of as cost accounting is the collect of cost.

An alternative approach to our example might be to compare the total costs by work centre to the anticipated, or standard costs, not worrying about the distribution by individual operation. The immediate question that this approach raises is “How will we know when and where something goes wrong if we don’t keep track in detail?”

I believe the answer lies in recognising who is in the best position to truly manage costs. The people closest to the process, the workers! Fore example, one of our clients has the supervisors and the workers participate in the creation of the standards or targets. This spreads the ownership of these targets to the people who are doing the work. The workers themselves are accountable for meeting the daily schedules and keeping costs under control.

Once the standards or targets are established, the accounting systems does not feed back standard-to-actual variance information in detail and as for explanation days, even weeks, after the variance occurred.

Instead the manager or supervisor reports any deviations in materials, labour or other cost elements at the time they occur and what corrective action will be taken to prevent their re-occurrence. The workers have become active participants in cost management.

Traditionally most companies have allocated overhead costs as directly proportional to direct labour costs. This method works well in a minimum product variety environment, for example, if we only make a single product, its easy to determine overhead allocation.

As direct labour becomes a smaller proportion of the cost and product variety significantly increases, this method of overhead allocation may not reflect true product cost. In fact, in a totally automated factory where direct labour is eliminated, this method doesn’t work at all.

As we reorganise factories into a more process flow, the traditional distinctions between direct labour and indirect labour blur. For example, a single worker might operate a machine, move materials, do preventive maintenance and keep the area clean (a way of working that’s already common in many organisations).

Rather than charge all overhead expenses by direct labour, it may become feasible, actually desirable, to directly charge overhead items that were previously allocated.

That is, utilities, maintenance, supplies, tooling and the like are charged off as they are used rather than later as a percentage of some overall figure. There are numerous advantages to this direct traceability, among them:

OWNERSHIP OF COSTS: The people who incur the costs are in the best position to control them.

MINIMISED POOLED EXPENSES: If 80% of the previously allocated overhead expenses are directly charged off, the issue of how to allocate the remaining 20% of the unallocated overhead becomes less significant. That 80% figure is achievable through a combination of direct charging of such items as production supplies and “negotiated billing rates” for other overhead costs. For example, if we estimate that 30% of purchasing’s time is spent on special products, we then apply 30% of purchasing’s operating budget to those products.

When a company wants to purchase an expensive piece of equipment that would help drastically reduce lead time, giving them a much more competitive position in a tough global market. The equipment would also result in quality improvement, due to less material handling and less potential operator error. The new equipment would also replace several older machines, needing only one changeover and virtually no move or queue (WIP).

According to traditional financial return-on investment (ROI) analysis, it was too good to be true. Direct labour was going to be more expensive because of the requirement for a more skilled operator and overhead increased because of expensive tooling and fixtures.

According to a traditional ROI analysis, which gives no recognition for improved throughput, the new equipment was a bad buy. By Business Excellence standards, evaluating the purchase on such points as quality improvements, scheduling flexibility, lead time reductions and increased product flexibility, the equipment may be an excellent buy.

This is one of the most controversial topics in the manufacturing accounting community right now. Obviously we can’t ignore quantitative analysis of capital equipment. But we need to balance the quantitative with the qualitative factors, improved quality throughput etc as additional justification criteria. In other words, we need to measure the contribution of capital investments in helping to achieve our mission.

Meets business excellence standards in high quality, low cost, quick response. And we need to consider the implications of not making the investment.

There is a saying in the computer industry that goes something like this – “Data is data, but information is power”. That has never been more true. We now have the ability to bury ourselves in data, or we can accept the challenge to figure out the information we really need to manage our way to the front of today’s global competitive race.

Like every aspect of a manufacturing and supply chain business, cost accounting and performance measurements should reflect the way we make the product. It’s also important to remember that financial people ask the questions and seek the data they do because they themselves are being asked questions … from management, from auditors, the Inland Revenue and share holders. And we must meet those external requirements.

At our financial round-table we were impressed with the enthusiasm financial officers had for new systems to meet business excellence standards. Yet they were worries about manufacturing acceptance! The solution, of course, is to get financial managers involved from the very beginning. In fact that’s the only way to guarantee the success of the new programmes. We are impressed with the enthusiasm for change displayed by both Financial and Supply Chain Managers who attending our courses and workshops.

A recent Harvard Business Review article pointed out that “Japanese companies seem to use accounting systems more to motivate employees to act in accordance with long-term manufacturing strategies then to provide senior management with precise data on costs, variances and profits. Accounting plays more of an influencing role than an informing role”.